In evangelism to cultures, Christian missionaries have had to be sensitive to foreign customs and traditions. But at what point do such efforts become treason against core principles of the faith? 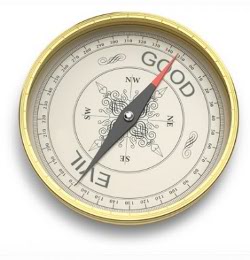 Suppose a missionary brings the gospel to a culture where it happens to be legal, even honorable, for a woman to have more than one husband at a time, that is, polyandry. What does the missionary teach them regarding how they should live if they become Christians? Should the people be told that polyandry is a sin, and if so, that all married women must give up all but one husband? Certainly there are no examples in the Bible of women with multiple husbands, but the New Testament only says something about men (and only if elders) having one wife, and the church is to get its authoritative teachings from the NT. Would this come under the heading of adultery, even though Old Testament patriarchs who were polygamists were never so charged?

Or what if the culture deemed it illegal and immoral to drink alcohol, but the Bible speaks of “fermented drink” (Deut. 14:26) and “wine for your health” (1 Tim. 5:23)? Would the translation of the scriptures in those instances be altered to suit the culture? This sort of “bowing to culture” has been done (see this article); early translations of the Bible into Chinese were altered to match the cultural views on women's subjugation. Does it matter whether the alteration affects the missionary's sensibilities?

Tampering with the Bible is a serious enough matter, but what if the culture practices things that are absolutely prohibited by scripture, such as murder or theft or cannibalism? What if the culture practices female genital mutilation or so-called honor killing, or infanticide? And how would infanticide be different from the western legality of abortion? Would the missionary keep silent because of the sins of his or her own culture?

One thing that every professed believer in Jesus should expect to do is to change, to grow spiritually, to become more and more like our Savior. We are all to be transformed and to consider ourselves “dead to sin”, no matter how small the sin may seem to be. Yet in many cases we will throw out all such commands when the sinners are people of another culture, as if we fear they will reject the gospel, and us, should we tell them that something they hold dear is an affront to God.

The Pharisees of Jesus' day were extremely offended at pretty much everything Jesus taught and did. He told them not to steal, not to put away their wives for any flippant reason they might choose, not to lie, not to murder. Granted, they either did know or should have known that those things were sins, whereas some other cultures might not. But Jesus made no concessions to anyone on the holiness of God and did not hesitate to cause offense.

The gospel is not simply or merely a call to be reconciled to God, because one cannot claim reconciliation while clinging to sinful traditions. Certainly salvation itself is simply being reconciled to God by faith in the risen Jesus. But reconciliation is meant to be a lifelong, even eternal, change of heart. We cannot claim to be reconciled if we care more for human traditions than for the holiness and perfection of God.

But the objection may come, “How can we demand that in a happy, loving, faithful marriage between a woman and several men, all but one man must be sent away? This would tear apart loving families and cause deep emotional pain.” Or to use a more modern, western example, “How can we break apart a faithful, monogamous, same-sex couple?“ And the response that honors the holiness of God must be, “How can we put our own happiness and tradition before our relationship with God? Did not Jesus say he came to divide families?” (Mat. 10:35-39) When Jesus told his followers to count the cost (Luke 14:28), did he not mean it?

God is indeed very forgiving and compassionate, but forgiveness can only come after repentance (Luke 17:3), and compassion is for the humble and oppressed (Mat. 9:36). If we are told that something we've been doing is a sin against God, we must turn from it and renounce it; Jesus said to “Go, and sin no more” (John 5:14, 8:11). Certainly the wise missionary will first tell potential converts about the cost of following Jesus. It is more than being willing to lay down our lives; in fact, it may be just as difficult for most people to be willing to lay down their habits and leave their comfort zones. But we dare not dilute or distort either the Bible or the gospel message.

We are all missionaries to one degree or another, so we all must decide as a matter of principle where exactly our loyalty lies. Of course we cannot just walk up to people and start hammering away on their sins. But we are obligated to tell them not only about the love of God, but also the holiness of God. This is not the Gnostic austerity of the past, with needless deprivations and overt shows of piety (Col. 2:23), but knowing where God draws the lines. And at least on a personal level, we must decide ahead of time on issues that are less well-defined in scripture. But if we know these are personal convictions that are not necessarily provable by scripture, we must be careful not to impose our opinions as if they are divine.

Is polygamy/polyandry sexual sin? All NT passages about marriage presume monogamy between a man and a woman, and abstinence for singles. So this is supportable, but only by inference; there are no explicit commands, and no condemnation of the polygamy of the Biblical patriarchs. But is same-sex “marriage” sexual sin? Yes, explicitly; see Rom. 1:26-27. There is also explicit condemnation of incest with a step-parent (1 Cor. 5), without any regard for whether the couple are hetero and faithful. Love and honor for God must come before any other relationships, habits, or traditions.

So let us all, as missionaries wherever we are, be sure to know where God draws the lines, and not be intimidated by any culture— not even our own. We must not be willing to compromise on issues which we personally think to be permissible, such as polygamy or same-sex couples, even if the cost is very high. Causing offense is a cost we must be willing to pay.