Are land disputes between the federal government and private owners simple cases of "domestic terrorism", or larger cases of government usurping people’s rights? 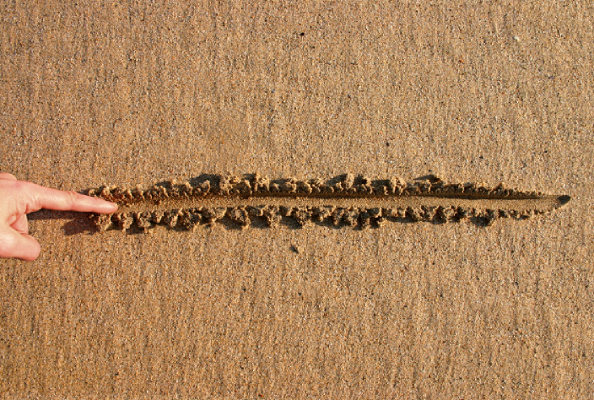 In recent years there have been several stand-offs between the US government and private landowners in the western states. The government claims that the ranchers were/are in violation of trespassing, and that to resist arrest (and in the latest case, double jeopardy) is an act of terrorism.

But how did the federal government ever come to own land in the first place? No one seems to question the right of this entity to claim land as its own, to do with as it sees fit, and to enforce laws to protect itself from the citizens it alleges are the real owners collectively. And if the people own it collectively, then what is their share in the land and its management?

The federal government does nothing efficiently or with any responsibility to "we the people". Their own agencies (e.g. the EPA) have shown blatant disregard for the safety of the people and the balance of nature. They show no regard for human life, and often no regard for any other life, or for the future of the country in general. Then how did this bureaucracy come to own land at all, and by what right? The American people did not vote on this, were not consulted on this, and are in fact forbidden to challenge this, as we are seeing in these stand-offs. Disputes over land rights have always taken place between individuals or even businesses, but when one party has the power of the state, such disputes are never going to be resolved fairly.

This whole issue is yet another exhibit in the case against a large and powerful central government. There is no right or reason for such an entity with the power of arrest to own land, especially without answering directly to the people from whom its power stems. These stand-offs are not simple disputes over property rights, but rather the government not knowing its place. When the government originally purchased land, it did not do so from the people who had been there, but from other industrialized countries that had already claimed ownership. So the historical practice of a small group of explorers claiming vast areas of land for a distant government lie at the root of many problems.

History proves nothing but that governments are poor managers of land, resources, and people. We can do better than this, but it will require a much smaller and weaker government, one that is forbidden by law to grow beyond its basic necessary functions, those being national defense and regulating interstate commerce. Law enforcement should never be used by the federal government beyond its responsibilities for those functions.

Of course, people left to govern themselves must first be properly educated on self-reliance. The American people have had their self-sufficiency eroded, their sense of personal responsibility destroyed, their hopes and dreams dashed. Are there enough Americans left to restore what has been robbed from us? Time is running out.