There Is No Infiltration Without Betrayal

We as a worship, community must come to grips with the reality of high treason against us by deliberate and premeditated malice. Though the subversion of the worship, community may well have passed the point of no return, each of us as individuals must decide immediately how we will respond. 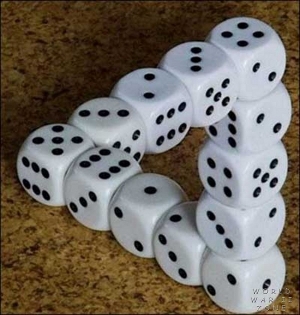 Politically, it has become obvious to everyone but the complicit media that western nations have been infiltrated by hostile enemies. A twisted sense of love and tolerance has amounted to national suicide, turning a once-prosperous and civilized world into a massive high-security prison. The more rights people lose, the more numerous and vicious the crimes against innocent people. Not even children are exempt from the hatred and cruelty of these monsters.

But it isn’t just stupidity or gullibility that have led to such a condition. While many who are not privy to the game may be gullible, the controllers behind the scenes know exactly what they’re doing. A strong and moral world cannot be easily controlled, and such controllers know that these qualities must be eroded and finally despised by the masses. Turning the tide of public opinion from independent to compliant is a multi-generational plan that has been wildly successful. Pushing the boundaries of decency and the sacredness of life has not been an accident but rather a carefully crafted strategy.

We all know the familiar analogy of the frog slowly boiled to death, never jumping out since the rising death is too slow to notice. There is an uncanny and disturbing fulfillment of that principle in not only the decay of the west at large, but in individuals seen passively lining up to be murdered, not even struggling against their captors. This shows how deep and thorough the mind-control program has been.

Now read the paragraphs above once more, this time applying it to the Christian community worldwide.

The apostles predicted that after their departure the church would be attacked and scattered by wolves that would arise from among them, which was already started while they still remained (Acts 20:29, Jude 1:12, Rev. 2:9). Church history bears this out. As noted by historian Philip Schaff History of the Christian Church, § 42, Clergy and Laity, the seeds of "lording over" were well established before Constantine’s rise to power.

As any competent despot knows, one must instill a slave mentality in the people to be ruled. This has been no less true in church history as in secular history. And when nonconformists to this authority are deemed not merely enemies of the state but enemies of God, persecution reaches fever pitch. We are all familiar with the persecutions of the Roman Catholic Church against Protestants, but markedly less familiar with Protestant persecution of various non-conforming groups in history such as documented in the book The Reformers and Their Stepchildren by Leonard Verduin. It matters not who the controllers are, the methods and outcome are the same.

But physical persecution is much less effective than infiltration. Tertullian is credited with saying that "the blood of martyrs is the seed of the church". But gradual, subtle, patient corruption makes the victims assist in their own demise. And anyone at all familiar with Sun Tzu’s Art of War will recognize this strategy as effective and successful. We as Christians would be naive to think this tactic has not been used against us.

It is an enlightening exercise to study the Bible without filtering it through the lens of church tradition. But this is made difficult by translations that pre-filter the text for the vast majority of believers who do not read the ancient languages. Even the official original language texts have been filtered to some extent, along with scholarly source material such as lexicons (see the Phantom Pharisee and more Phantom Pharisees).

This illustrates the imperative upon all students of scripture to search out the truth as did the common people of Berea long ago (Acts 17:11). And when the un-tampered text and accurate word definitions are found, the Christian is challenged to find much resemblance between the teachings of the New Testament and those of church tradition. But while we may easily see cases of obvious and blatant attack upon the scriptures, we often overlook the gradual corruption of the core principles of the faith. Jesus’ charge against the Pharisees and their counter-scriptural traditions (Mark 7:8) could easily be made against the churches throughout the past two millennia.

Yet again, as with politics, such infiltration is not entirely due to incompetence or gullibility. It is well understood that those who sought to corrupt the United States knew they had to begin with our educational system. They needed only to place their agents in positions of influence in major universities and then step back as their students spread their teachings and philosophy to generations. The following quote expresses this intention explicitly:

Education is the most powerful ally of Humanism, and every American public school is a school of Humanism. What can the theistic Sunday Schools, meeting for an hour once a week, and teaching only a fraction of the children, do to stem the tide of a five-day program of humanistic teaching?

Likewise, there is evidence that similar tactics have been used in Christian seminaries. Such evidence is found in the results: undermining the inspiration of scripture, diluting the definition of ’sin’, twisting the Gospel message, and using growth and marketing principles originally devised for corporate expansion. Surely we cannot expect our Adversary to use a very successful subversion tactic against secular institutions but fail to us it on the chokepoints of Christian theology.

Christians the world over have become conditioned to the false paradigm: sacred building, sacred furniture, sacred ritual, sacred music, sacred clergy, and a largely passive congregation that stands and sits on command… all while proclaiming, "This is a relationship, not a religion". We have been taught that we cannot properly worship God without clergy and ritual, that we cannot be trusted to read the Bible for ourselves, and that the Holy Spirit cannot be trusted to lead us without the ecclesiastical chain of command. We have been taught that doctrine and spirit are bitter foes rather than a strong team.

Certainly people can say, sing, and do things that they are personally convicted to do. But the great subversion is that these must be dictated and managed for us by an individual or oligarchy that stands between the believer and the Savior. Our Adversary is not omnipotent, but we give him far too much power and too little resistance. Just as the average western citizen helps to preserve their own slavery by passing responsibility to the state, so also does the average Christian pass responsibility to clergy or institutions, the opposition to which is deemed rebellion against God.

We as a church must come to grips with the reality of high treason against us by deliberate and premeditated malice. In these perilous times, we will be held responsible by God for not holding leaders to account, which in turn makes the witness of the church tepid at best. Scandals rock the leadership of churches across denominational lines, making a mockery of the faith. But such leaders cannot commit their crimes without the silent approval of the congregations. We often see Christians react to scandals on the part of clergy with excuse after excuse, citing their exposure as attacks of Satan rather than the exposure of sin and crime.

As with the western world, the subversion of the church may well have passed the point of no return. Yet, as Jesus said to the seven churches of Revelation, individuals who disavow the wickedness of the majority and separate themselves from it will be rewarded. Like the average western citizen, the average faithful Christian has been betrayed by treasonous leaders. But each of us as individuals must decide immediately how we will respond.