The Myth of the Anti-science Christian

We often see claims that only atheists love science or think freely, but is that even remotely true? Is anyone who doubts Darwinian evolution unqualified to be a scientist, no matter what discoveries or inventions they may make? What is science, what is evidence, and who is allowed to define them? 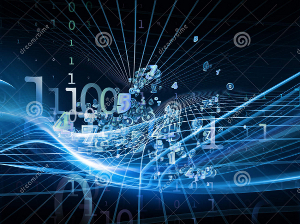 There seems to be a popular belief among those claiming to have none, that faith and science are mutually exclusive. This is primarily directed at the Christian community, especially evangelicals. To disbelieve that everything in existence simply happened without conscious or intelligent causation is, in the eyes of the proudly faithless, to be equated with primitive fears of terrestrial and celestial events.

Yet there are, and have always been, scientists of the highest caliber who also held to the Christian faith. A more recent and indisputable example is Raymond Damadian, winner of the Lemelson-MIT Prize (among others) for the invention of the MRI body scanner, and a creationist. Another is Forrest Mims III*, a widely read electronics author published in Nature, Scientific American, Science, Popular Mechanics, Physics Today, and more. He experienced discrimination due to his disbelief in Darwinian evolution, in spite of his scientific expertise having been acknowledged and praised.

The scientific community has always suffered from the same bureaucracy and power-struggling that plagues every human institution, though many naively believe that such fallibilities are prevented by open debate, peer review, and double-blind methods. There is a growing suspicion that advances in health care, transportation, communication, and food production are routinely stifled or slowed by the desire of a minority to have control over business and academia. A good example of this was presented in the film, Who Killed the Electric Car?. Pure scientific pursuit is very difficult to practice today without the backing and control of those with agendas and careers to protect, as stated in the Cosmology Statement published in New Scientist, May 2004.

Science is supposedly bounded by observation, repetition, and falsifiability. A theory is not scientific unless a way can be devised to test it, and if it fails, to abandon it. Yet that link to the definition of falsifiability admits to “pseudo-science”, wherein theories can be granted the title “scientific” without being falsifiable, as long as they “significantly advance human knowledge”. Yet by that definition, even many ridiculous theories can be called “scientific”, since “advance human knowledge” is a very subjective and arbitrary rule in itself. Such a definition only opens an escape hatch for popular theories to be kept in spite of being impossible to falsify.

Who decides where the boundaries are drawn? Only those of a particular ideology, such as naturalism? This is the crux of the “real scientist” debate. One side should not retain the privilege of declaring their own preferences to be the measure of the other. Naturalism is a philosophy, not a testable theory. Yes, only the natural can be observed directly. Yet these same naturalists accept purely theoretical conjectures as established facts. And as one of their own famously stated, “Absence of evidence is not evidence of absence”, so lack of observation cannot deny creationism the title of “scientific”. Since naturalism constrains its definition of evidence to direct observation, then it cannot be used to disprove anything non-observable and declare it unscientific.

In other words, if pseudo-science is granted scientific status in spite of lack of observation, then who is anyone to reject the supernatural on the basis of lack of observation or falsifiability? If naturalism is granted an escape hatch, then so also must supernaturalism be granted it. And just as probability can be established by absence of evidence for one side of the debate (according to one’s preferred definition of “evidence”), so also it can be established for the other.

Now when anyone charges the Christian faith with being antithetical to scientific fact, they must first specify what they mean by the term, and then justify their rejection of theism by that definition. They must also show that they are not using a double standard, are not denying the fact that many Christians do indeed engage in peer-reviewed scientific work, and are aware of the limitations of naturalism. Specifically, since no one observed anything before there were humans to observe things, everything from that point backward in time is outside of the realm of science and naturalism. So when the debate is over origins, or the alleged evolution of one type of creature into a completely different type, one is by definition in the realm of philosophy rather than observation. Both sides have the same evidence, and both can be accused of refusal to let the evidence lead rather than follow an investigation.

Given that pure scientific discovery and practice is more idealism than reality, the charge of anti-science dogma against Christians is, at best, an attempt to divert attention away from the fact that the debate is not between science and faith, but science and philosophy. Ideology seems to trump all other qualifications a scientist may have, since even to doubt pure naturalistic philosophy about origins is seen as tantamount to believing the earth is flat. It becomes an irrational fear of different ideas, which is antithetical to the scientific method. But once we leave the observable and enter the realm of theory, everyone is in the same philosophical boat. There have always been sharp, bitter feuds between scientists over what the evidence "clearly" suggests, even if they are all naturalists, so disagreement with mainstream science is hardly evidence of ignorance or hostility to science.

The charge that to be Christian is to be against science is simply not true, and easily disproved by the many scientists who are Christians, and the many Christians who love science… and “free thinking”. Naturalists and anti-theists are no more free or scientific than anyone else. Zealots on both sides of the aisle engage in poor logic and blind faith; both sides fear the other; both sides need to clean out the skeletons in their own closets before condemning the other.

* Note in that biography references to planned extermination of most humans via the ebola virus, from about 2006.